Yesterday was actually a descent chase day for me. My targets were right on, the storms just moved too damn fast. (excuses, excuses) I started out leaving Stillwater around 12:30, heading for I-35. Looking at data, I had trouble deciding whether to head north or south on 35. I didn't think I could head south and catch the beast down by Chickasha (plus I didn't like the air to its east), so I decided to head north to some storms firing west of 35 heading toward the Blackwell / Ponca City area. I then realized that I had no DV tapes (I swear I packed them!), so I stopped at Walmart in Perry (just off I-35). As I headed back to 35, I looked at some more data. There was a cell just east of Kingfisher that was looking pretty good. Not only that but the 2:00 SPC mesoscale analysis had just come out, and it was moving toward some VERY favorable air in the Lincoln Co. area. So I headed south and intercepted it just west of 35 and east of Mulhall. There I got some nice video of a wall cloud and heard over weather radio that it was tornado warned. This is where I started the chase, here's the map: 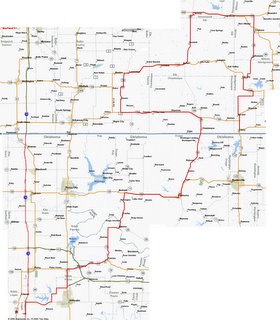 Just northeast of Stillwater, I met up with J.R. Hehnly, who was with someone new to chasing, and a group of OU met students (names added in a bit). From there we followed the cell all the way close to the Kansas border where it got away from us as we decided to fill up. We went ahead and tried to catch back up to it but never made it. So we headed west to intercept a newly forming cell. Just as we were breaking from that cell, of course there was a report of a torn on it. Oh well. We ended up just south of the new cell and chased it rapidly to the northeast. We weren't able to stay up with that cell either, even staying on highways at >60 mph. We finally called it a day and headed south, running through a severe line of storms along the way. Grabbed a few lightening shots, and stopped for some impressive video of a cloud base at sunset (it was dark where we were), with the most intense thunder I think I've ever heard. It was non stop (no CGs though). We stopped and ate at a pizza hut just north of the KS border, and shared a few stories. From there it was just the long trip home down to Tulsa and the I-44 turnpike. A few pics: 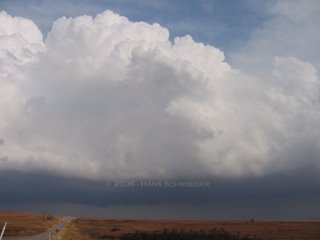 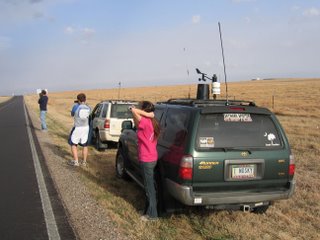 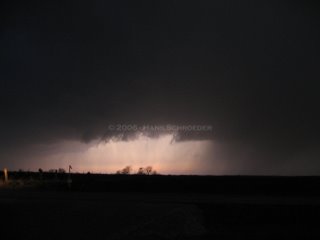 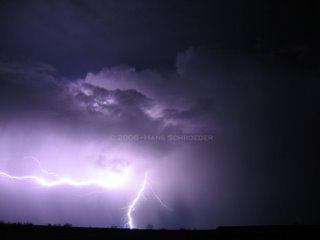 Have these storms been crazy fast or WHAT?? It's impossible to chase a storm that's going 60mph!! I'm going to have to invest in a heli :) I live in Kansas City, and we love to chase storms. We had one North of us in Savannah. And of course, I heard one touched down in Sedalia again. Those poor kids.